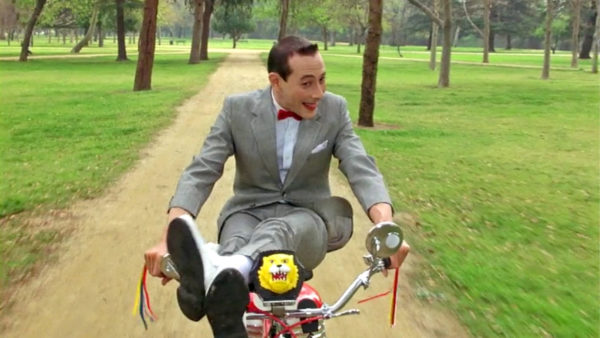 Pee-wee's Big Adventure (1985)
(92 min PG, Common Sense Media Rating: Age 7+) 1985 Tim Burton, director
Pee Wee (Reubens), an overgrown pre-pubescent boy sporting a molded Princeton cut, blush, lipstick, and a shrunken gray flannel suit, lives an idyllic life in his bizarre home (some have compared the remarkable set design to the expressionistic The Cabinet of Dr. Caligari) until someone nabs his most prized possession: a fire engine-red customized bicycle. He then embarks on an epic cross-country search to find his lost love, not to mention more than a little adventure. 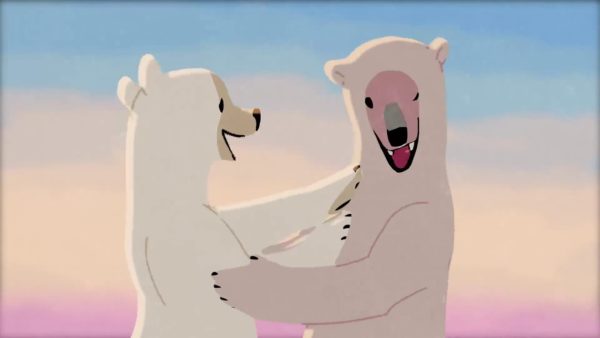 The 20th Annual Animation Show of Shows
(98 min)
Returning to theaters across North America this fall, the ANIMATION SHOW OF SHOWS will present 15 thought-provoking, poignant, and very funny animated shorts from around the world. In a year when the best and worst of human nature has been on constant display, the works in this year’s show remind us of both the universality of shared ideals, as well as the diverse challenges we face. 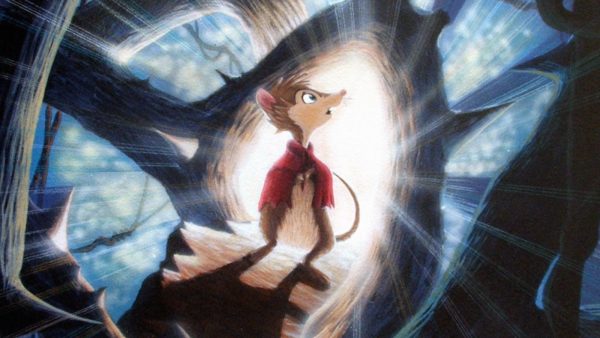 The Secret of NIMH (1982)
(82 min G, Common Sense Media Rating: Age 8+) 1982 USA Don Bluth, director
Mrs. Brisby, a widowed mouse, must move her children out of their home in a field before the local farmer starts plowing. Unable to leave because her son is ill, Mrs. Brisby seeks the help of nearby rats, who have heightened intelligence after being the subjects of scientific experiments. She receives an unexpected gift from the elder rat, Nicodemus. Soon Mrs. Brisby is caught in a conflict among the rats, jeopardizing her mission to save her family. 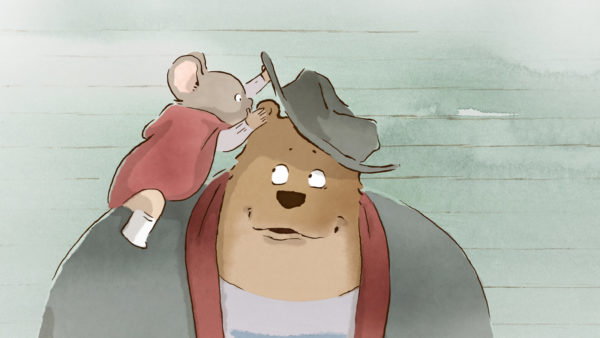 Ernest & Celéstine
(80 min PG, Common Sense Media Rating: Age 6+) 2014 France Vincent Patar, Benjamin Renner, Stéphane Aubier, director
Deep below snowy, cobblestone streets, tucked away in networks of winding subterranean tunnels, lives a civilization of hardworking mice, terrified of the bears who live above ground. Unlike her fellow mice, Celestine is an artist and a dreamer - and when she nearly ends up as breakfast for ursine troubadour Ernest, the two form an unlikely bond. But it isn't long before their friendship is put on trial by their respective bear-fearing and mice-eating communities. 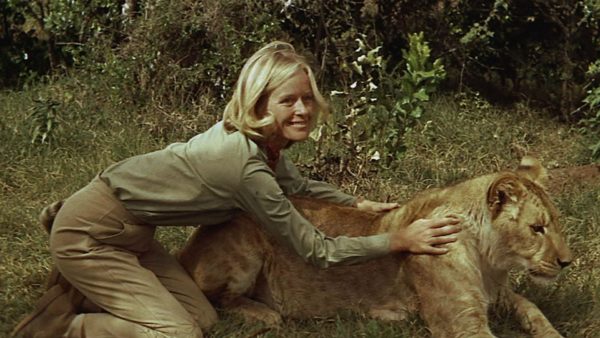 Born Free (1966)
(96 min PG, Common Sense Media Rating: Age 6+) 1966 James Hill, director
Born Free is the heartwarming true story of a British couple who teach their pet lioness how to survive in the wilds of the African jungles. Joy and George Adamson (portrayed by real-life married couple Virginia McKenna and Bill Travers) involuntarily domesticate several lions while living in Kenya. They keep one, named Elsa, until she is fully grown, and rather than turn her over to a zoo, they decide to train her to live like a wild animal so that they can release her into her natural habitat. 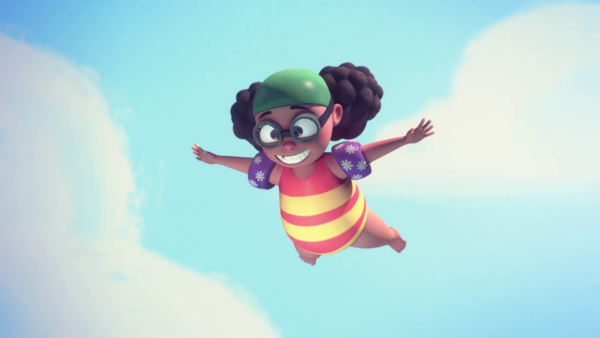 Children's Film Festival Seattle
(68 min Suitable for all ages)
Dive into vibrant colors with this timeless collection of prizewinning and audience-favorite animated films from Children's Film Festival Seattle. These short films tell big stories and will take you on a trip around the world with stop-motion, hand-drawn, and other amazing animation techniques. During the program, you’ll see stories about animal friends, overcoming challenges, deep family love, and learning how to be the best you can be. The program is suitable for all ages. 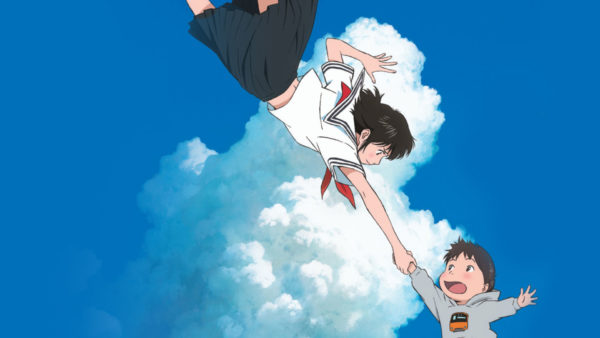 Mirai
(98 min PG, Common Sense Media Rating: Age 8+) 2018 Japan Mamoru Hosoda, director
When four-year-old Kun meets his new baby sister, his world is turned upside down. Named Mirai (meaning "future"), the baby quickly wins the hearts of Kun's entire family. As his mother returns to work, and his father struggles to run the household, Kun becomes increasingly jealous of baby Mirai... until one day he storms off into the garden, where he encounters strange guests from the past and future -- including his sister Mirai, as a teenager. Together, Kun and teenage Mirai go on a journey through time and space, uncovering their family's incredible story. The epic capstone of director Mamoru Hosoda's career, Mirai is a sumptuous, magical, and emotionally soaring adventure about the ties that bring families together and make us who we are. 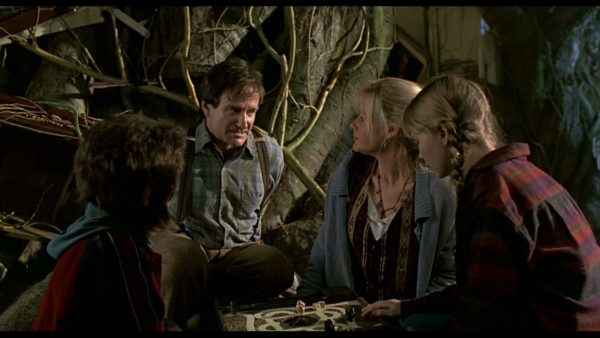 Jumanji (1995)
(104 min PG, Common Sense Media Rating: Age 10+) 1995 USA Joe Johnston, director
A magical board game unleashes a world of adventure on siblings Peter (Bradley Pierce) and Judy Shepherd (Kirsten Dunst). While exploring an old mansion, the youngsters find a curious, jungle-themed game called Jumanji in the attic. When they start playing, they free Alan Parrish (Robin Williams), who's been stuck in the game's inner world for decades. If they win Jumanji, the kids can free Alan for good -- but that means braving giant bugs, ill-mannered monkeys and even stampeding rhinos!

Mary and the Witch's Flower
(102 min PG, Common Sense Media Rating: Age 8+) 2018 Japan Hiromasa Yonebayashi, director
Young Mary follows a mysterious cat into the nearby forest and discovers an old broomstick and the strange Fly-by-Night flower, a rare plant that blossoms once every seven years. Together, the flower and the broomstick whisk Mary above the clouds, and far away to Endor College -- a school of magic run by headmistress Madam Mumblechook and the brilliant Doctor Dee. But there are terrible things happening at the school, and when Mary tells a lie, she must risk her life to try and set things right. 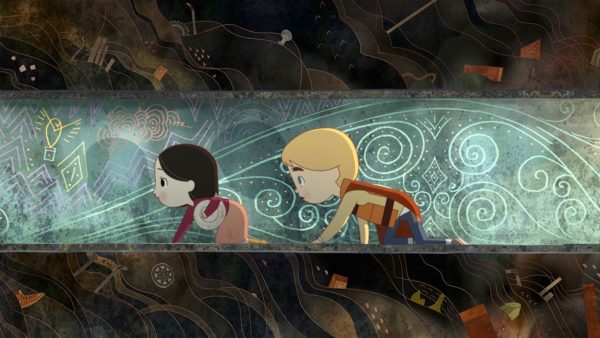 Song of the Sea
(93 min. PG, Common Sense Media Rating: Age 7+) 2014 UK Tomm Moore, director
From the creators of the Academy Award®-nominated The Secret of Kells comes a breathtakingly gorgeous, hand-drawn masterpiece. Based on the Irish legend of the Selkies, Song of the Sea tells the story of the last seal-child, Saoirse, and her brother Ben, who go on an epic journey to save the world of magic and discover the secrets of their past. 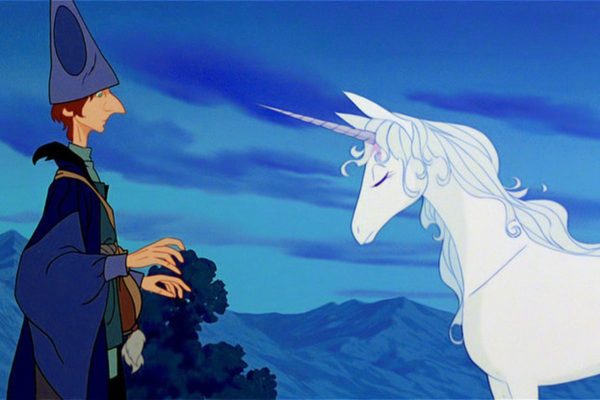 The Last Unicorn
(84 min G, Common Sense Media Rating: Age 9+) 1982 Arthur Rankin Jr., Jules Bass, director
SPONSORED BY TAKOMA RADIO. In this animated musical, the villainous King Haggard plots to destroy all the world's unicorns. When a young unicorn learns that she's in danger and that she may soon be the last of her kind, she leaves the safety of her protected forest and enlists the help of Schmendrick, a gentle, albeit clumsy, sorcerer. Together, they embark on a long and dangerous journey with one goal: to defeat Haggard and save the unicorns from extinction.