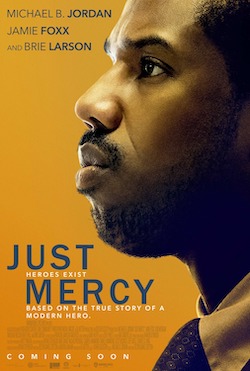 Dr. Harold Dean Trulear
Professor of Applied Theology, School of Divinity , Howard University
Harold Dean Trulear is an ordained Baptist Minister, and Associate Professor of Applied Theology at Howard University School of Divinity, where he also serves as an instructor in the Inside/Out Prisoner Exchange Program, teaching courses in the DC Jail. He is the National Director of Healing Communities USA, an organization dedicated to equipping churches to engage and become advocates for persons and families impacted by mass incarceration. A Phi Beta Kappa graduate of Morehouse College, he earned his Ph.D. degree at Drew University. He is co-editor of Ministry with Prisoners and Families, and author of numerous publications on religion and social justice.
Will Schwarz
Founder & President, Maryland Lynching Memorial Project
Will Schwarz is an independent television producer, executive producer, writer and director based in Baltimore, Maryland. He is the president of Pennant Productions, Ltd. The award-winning television veteran has more than 30 years of experience creating compelling, original non-fiction programming for broadcast, government and corporate clients. Will’s work has been honored with numerous Emmy, Telly and other industry awards.
Schwarz is also the founder and President of the Maryland Lynching Memorial Project, Inc., a 501(c)(3) organization that works to advance the cause of racial reconciliation in the state by documenting the history of racial terror lynchings, advocating for public acknowledgement of these murders and working to honor and dignify the lives of the victims.

A powerful and thought-provoking true story, Just Mercy follows young lawyer Bryan Stevenson (Jordan) and his history-making battle for justice. After graduating from Harvard, Bryan had his pick of lucrative jobs. Instead, he heads to Alabama to defend those wrongly condemned or who were not afforded proper representation, with the support of local advocate Eva Ansley (Larson). One of his first, and most incendiary, cases is that of Walter McMillian (Foxx), who, in 1987, was sentenced to die for the notorious murder of an 18-year-old girl, despite a preponderance of evidence proving his innocence and the fact that the only testimony against him came from a criminal with a motive to lie. In the years that follow, Bryan becomes embroiled in a labyrinth of legal and political maneuverings and overt and unabashed racism as he fights for Walter, and others like him, with the odds-and the system-stacked against them.

“From its smooth visuals and warm, swinging sounds to its magnificent performances, Just Mercy is masterfully constructed to keep us inside a story that otherwise would be too brutal to bear.” – Ann Hornaday, The Washington Post