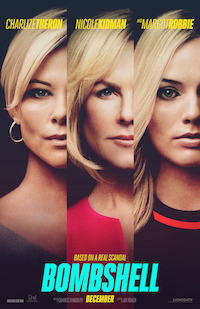 “A ferociously entertaining dramatization of how an unlikely group of women exposed and deposed media titan Roger Ailes, it is as harrowing as it is triumphant in its depiction of the way it all came to pass.” – Kenneth Turan, Los Angeles Times

Dr. Pallavi Guha
Assistant Professor of Journalism & New Media
Towson UniversityDr. Guha’s research includes anti-rape and sexual harassment activism on mass media and social media platforms; the role of gender in electoral campaign and media; and politics and social media. She is a former journalist, researcher, and media educator with 15 years of professional experience. Dr. Guha has won multiple awards for her research and teaching. Dr. Guha has a Ph.D. in journalism from the University of Maryland, and her academic background lies in the intersection of political science, international relations, communication, journalism, and Women’s Studies. Dr. Guha has worked internationally for leading media organizations including BBC News and television, The Times of India in UK, India, and the U.S.