By Caitlin McGrath, Executive Director of Friends of Greenbelt Theatre

Choosing the films we play is one of the most fun *and* most challenging parts of being Executive Director. Fun because I get to think about what our community might like to see, and challenging because beyond that much of it is out of my control.

Over the past five years I’ve learned how fickle the movie business can be. There are lots of companies (studios) that have lots of products (we call them movies) to choose from. They want to sell as many of their products as possible, and make as much money from those products for as long as possible.

The model of business these studios are most familiar with is the multiplex, where the studio can dictate easily favorable terms. For example, when the latest Avengers or Star Wars movie hits your local 12-theater multiplex, most likely the terms from the studio are: “You’ll play this until we say it’s done;” and the multiplex replies: “No problem.” They proceed to sell you overpriced popcorn, candy and soda. When the film comes out, they play it on three screens. When tickets slump, they reduce to two, then to one. (Then to the little one in the corner nobody likes.)

Unless you’re completely new to us (and if you are: Welcome! Come see a movie soon!), you’re well aware that we do not have 12 screens. For most of our nonprofit existence, we’ve had just the one. Here’s why the studio’s model works against an independent cinema like us:

Now, you savvy filmgoer, you’re thinking, “But wait, you don’t show Avengers movies anyway! This clearly doesn’t apply to you.” Sadly this holds true for the arthouse films we show as well. For example, we really wanted to bring you the Tom Hanks’ Mr. Rogers biopic Beautiful Day in the Neighborhood for Thanksgiving, but the studio insisted we guarantee to keep it for five weeks. We knew that wouldn’t work—even keeping a movie for three weeks can be a stretch for our audiences. (We’re sometimes facing mutiny if we stretch into two weeks for our diehard fans who come see a movie with us every weekend on opening day). So we just had to wait.

It’s also a game of “If not now, when?” We faced that quandary just this past month. We really wanted to open 1917 on January 17th, with guest speakers, and then have Just Mercy the following week, also with guest speakers. But the studio wanted us to open Just Mercy on the 17th as well—and if we declined we were unsure if it would ever be available to us again. This meant we had to decide which of these two excellent films had to open in the Pop-up. In the end we decided to open Just Mercy in the Pop-up and 1917 in the Auditorium, and then flip them beginning January 24th so we could still have two weeks of guest speakers—something we know many people enjoy.

“What about that niche film I really want to see and you still haven’t brought?”

I promise, we hear you, and we’re trying. Especially during Oscars season, it’s hard to turn down the bigger films for smaller films. And for particularly niche films, we often don’t feel confident enough in audience turn-out to book them for a full week. So those we try to book as one-off events. But let me tell you, those one-off events are a different kettle of fish.

For our weekly films, we pay a percentage of ticket sales back to the studio (between 35 and 55%, usually). For events where we only screen the film once, we pay a flat fee—usually around $350—to show it just that one time! And for new movies, you can’t even book a one-off screening until they’ve finished their circuit of weekly showings around the country. So while we wish we could bring in every film that is requested, as you can imagine, those costs start to add up.

One of the great things we do to continue bringing in these more off-the-beaten-track films is to find sponsors who cover the cost of bringing the film in for a special event. And anyone can be a sponsor! Usually it’s businesses (sometimes we partner with other nonprofits to bring the movie in as a community event) but individuals are always welcome to sponsor—and have done so many times over the years.

Have an anniversary coming up? Show your special someone’s  favorite film! Same for birthdays! Love slapstick? Put on a show of Abbott and Costello! We welcome all suggestions and would be happy to talk to you about what film you’d like to see on the big screen. The amazing thing is, you’re not just getting to see your favorite film, you’re ensuring that OGT’s programing remains robust, diverse, and engaging. A true win-win.

We know that when you ask when we expect to get a film, and you get a vague answer from us that it can be frustrating. Believe me, we understand! We wish we could give better answers. And having a second screen will make this game a little easier for us to play…bringing in films earlier, bringing in more films, bringing in more niche films. Until our Screening Room is finished, know that we’re hard at work trying to bring you the incredible programming you’ve come to expect of us, and that we welcome your input as we do so.

Until next time, see you at the movies! -Caitlin 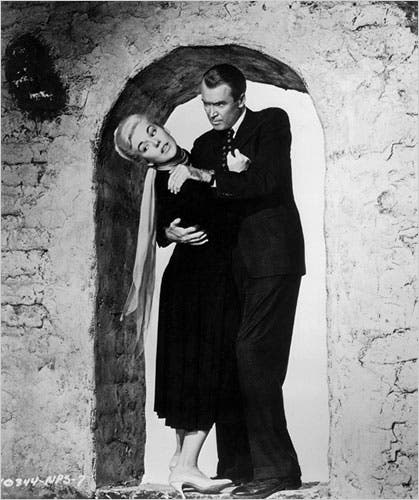